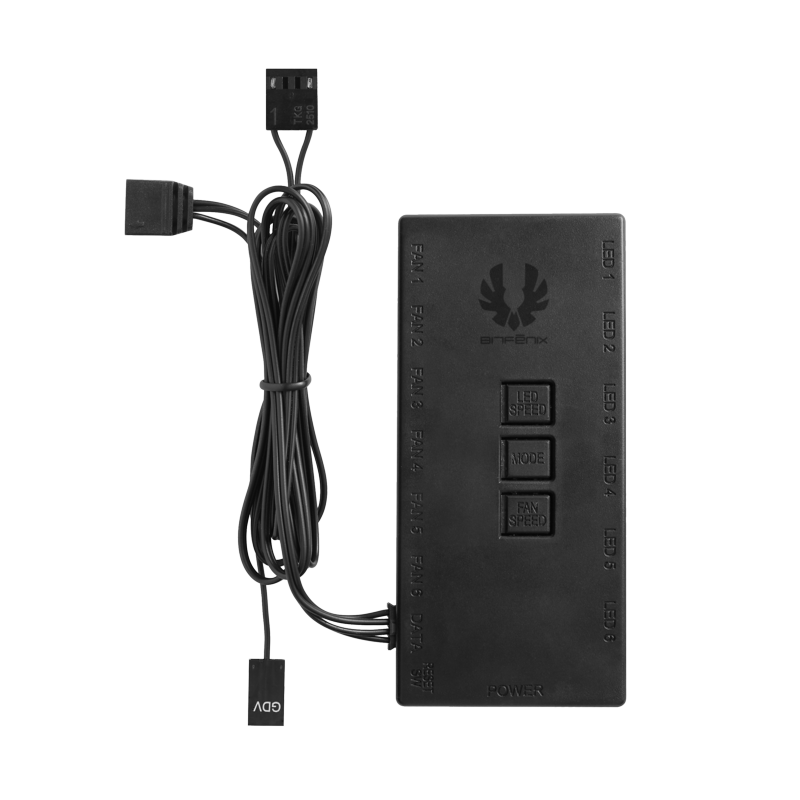 The well known BitFenix Spectre fan series brings the adds a new member to the family with introduction of the all new BitFenix Spectre ARGB SE fans. Adopting a simple and elegant design to match with modern aesthetics, the Spectre ARGB SE adopts the aerodynamic improvements from the last model but offer better airflow at a lower noise level. Eight individually addressable RGB LEDs featuring TriBrightTM LED Technology lights up the fan with vibrant and bright colors that can be controlled with the included controller in 60 different modes or can be easily plugged into the motherboard to control with ASUS AURA SYNC, ASrock Polychrome RGB, Gigabyte Fusion or MSI Mystic lighting. 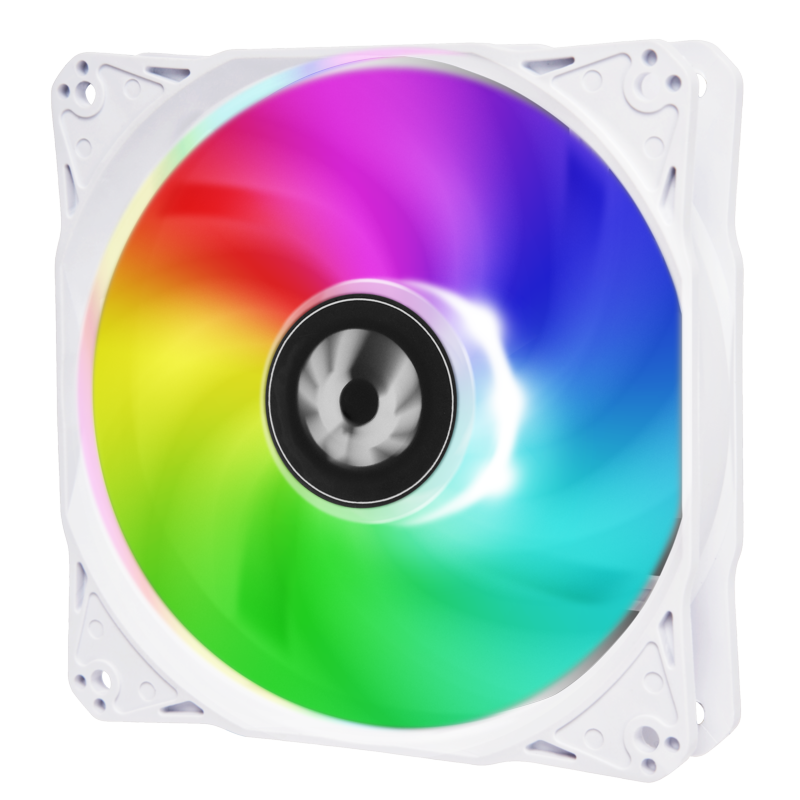 The Spectre™ SE ARGB and the controller was developed in close cooperation with ASUS, ASrock, Gigabyte and MSI, thus making it flawlessly sync their respective motherboard RGB control software. Being based on the same technology (+5V 3pin connector) as other BitFenix addressable RGB products, such as the cases ENSO and the Alchemy 3.0 Addressable RGB LED Strip, it perfectly matches each other while being controlled by the motherboard RGB software, but also makes it compatible to each of BitFenix’ RGB controller and accessories. 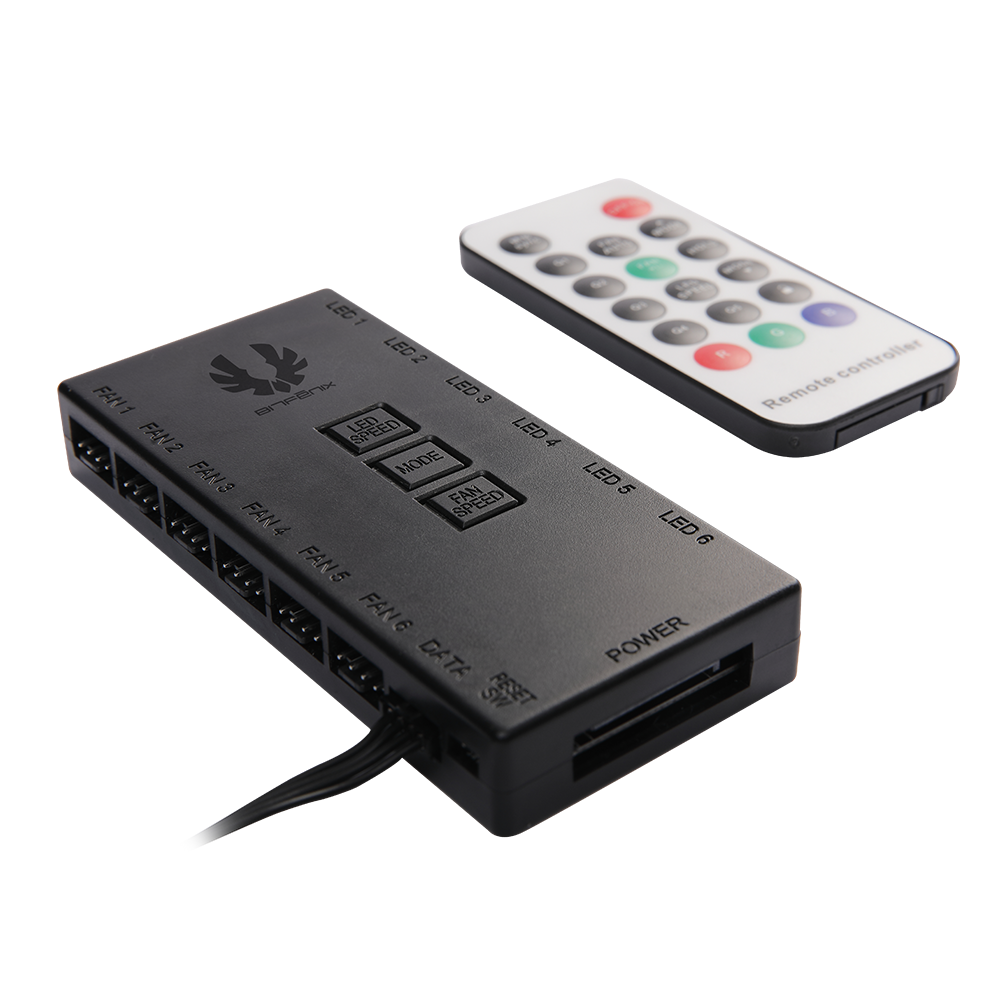 The new and improved controller included in the kit offers extensive customization options for RGB as well as multiple extensions of outputs to control up to 36W for all fan power sockets and 36 LEDs for each ARGB socket.
With up to 60 different RGB modes and custom fan speeds, there are plenty of new and interesting lighting effects to fit your system. For even more customization, the controller itself can be connected to the motherboard to switch to motherboard control on the fly with the included remote. 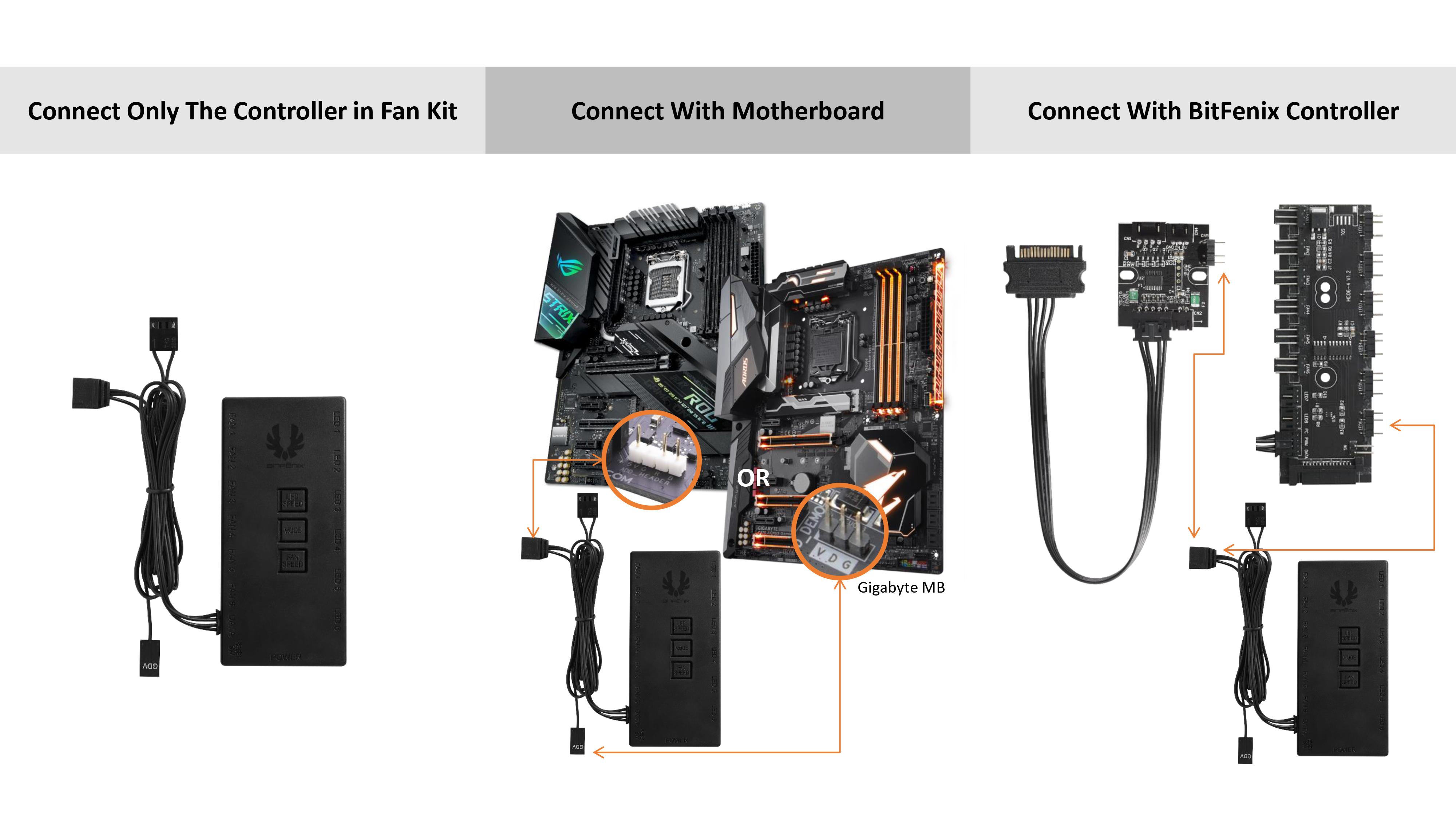 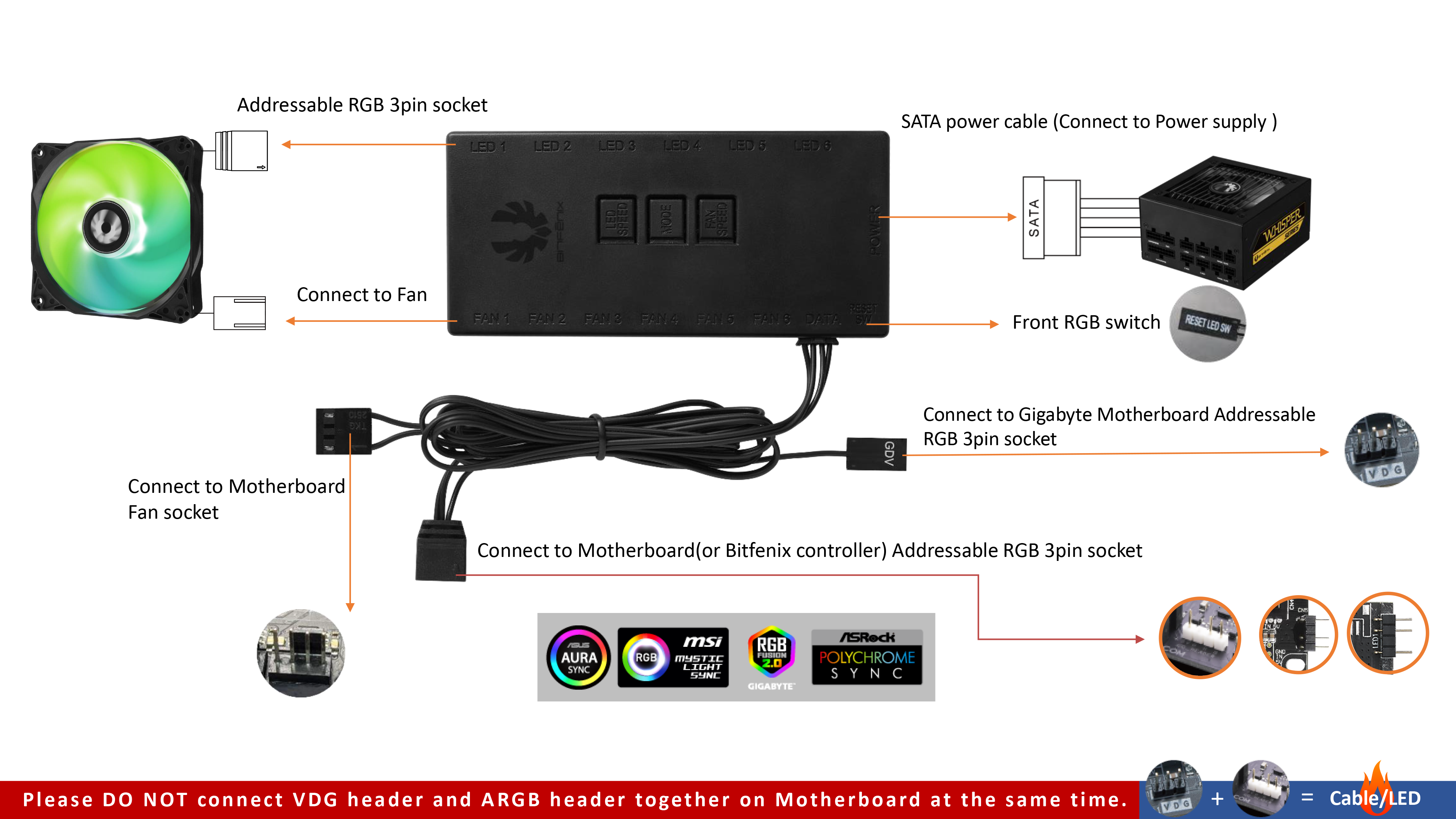 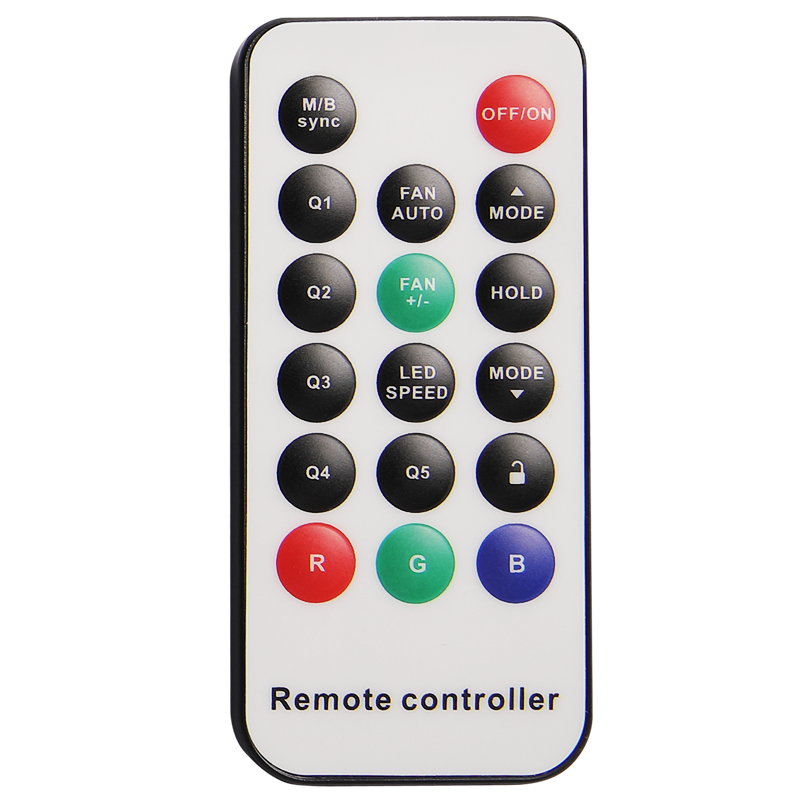 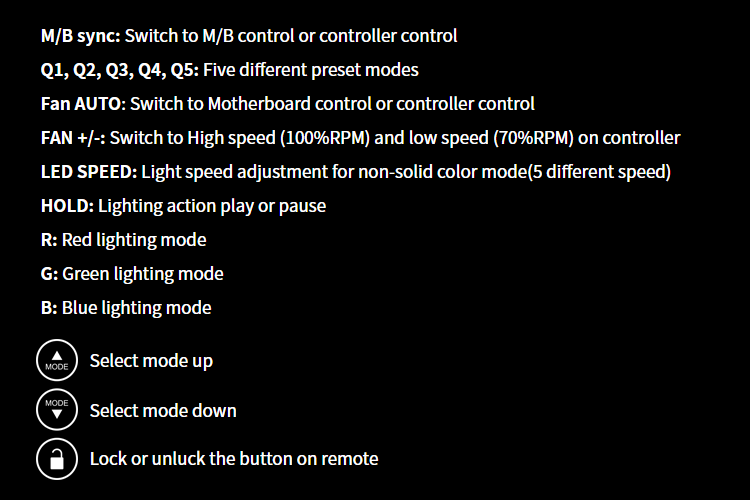 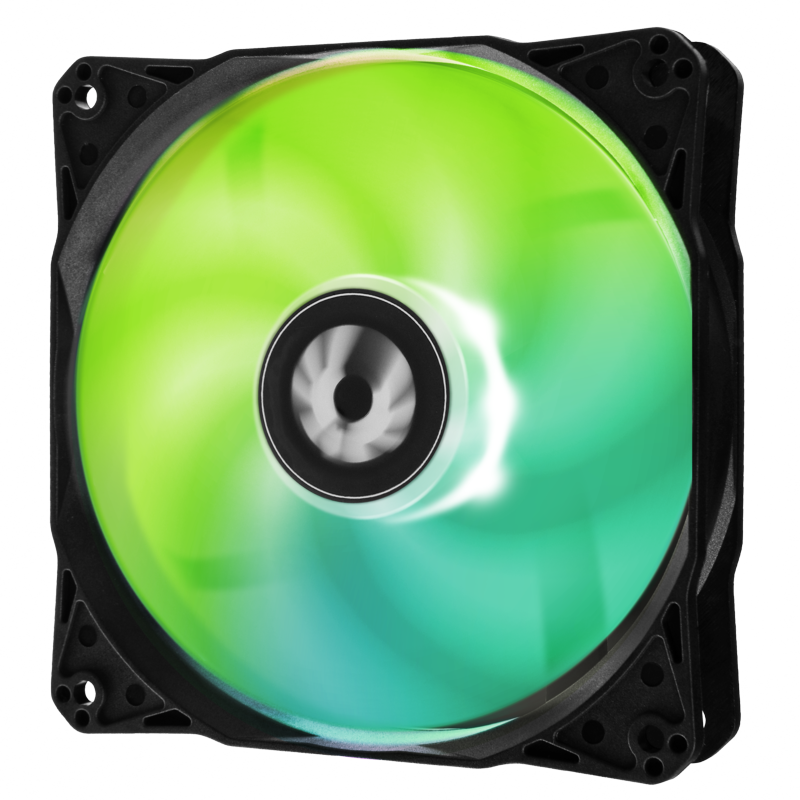 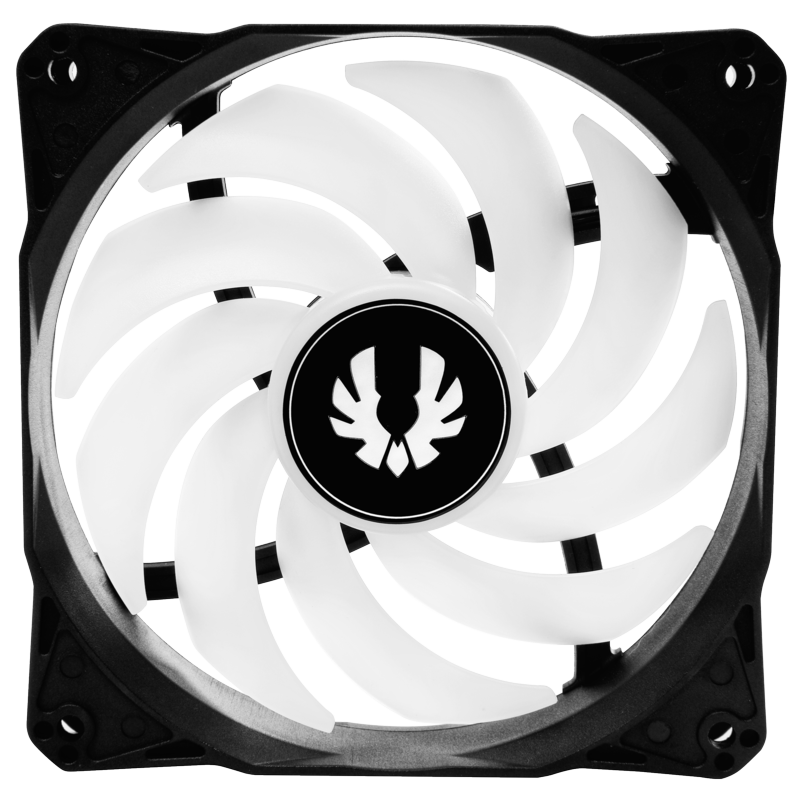 High rotation speeds can actually warp fan blades while in motion, resulting in more turbulence and noise. Spectre™ SE ARGB features 9 of Sickled fan blades that resist warping even when spinning at high speeds for maximum cooling performance. The LEDs of the Spectre™ SE ARGB are located at the core of the fan, providing bright illumination throughout the fan blades and the frame. 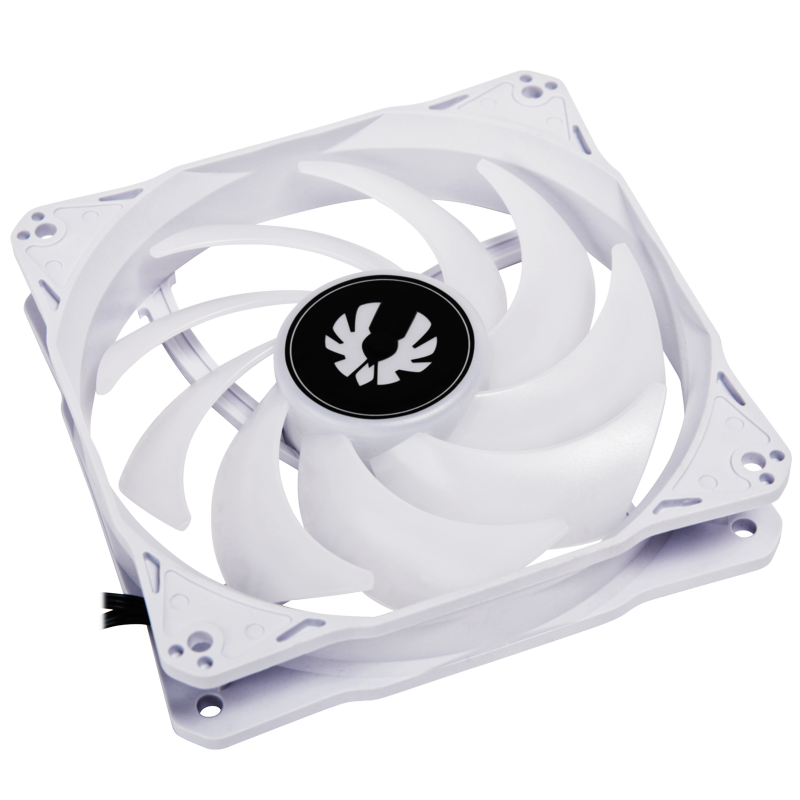 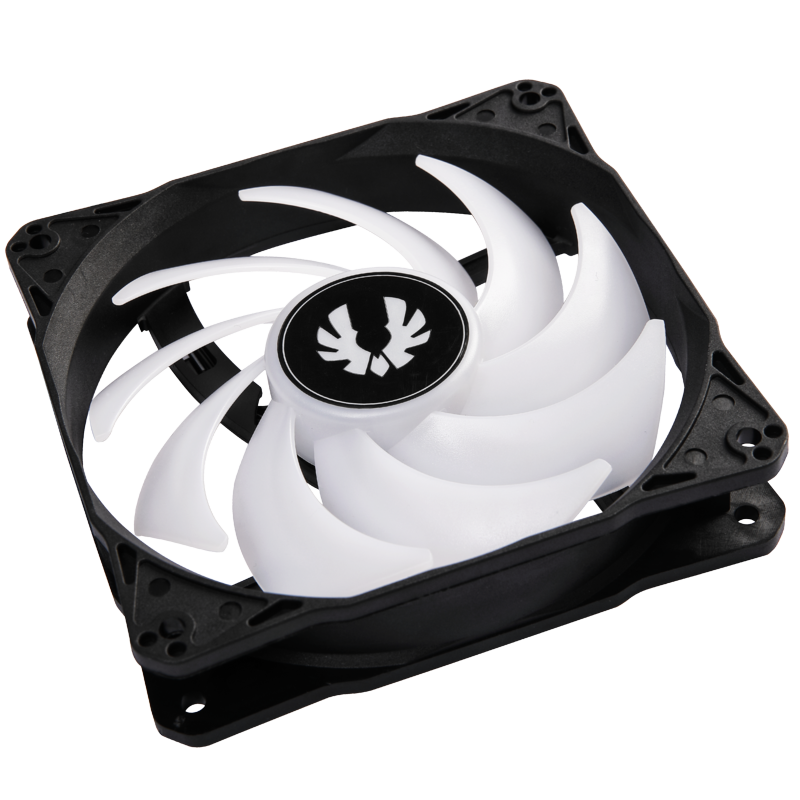